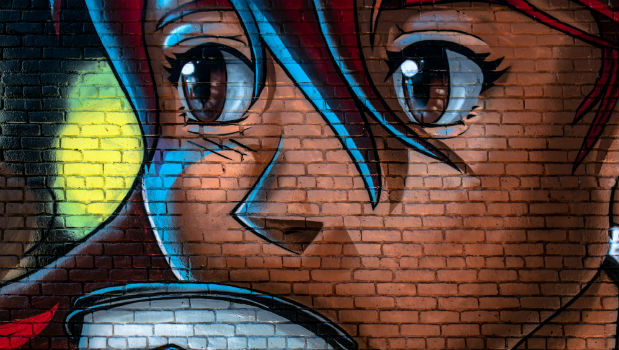 Gambling is to anime as peanut butter is to jelly. Well, maybe not quite, but gambling anime is one of the genre’s most intense storylines. For many fans of Japanese anime, it’s hard to think of one without the other as they have shared a decades-long relationship.

But which are the truly elite gambling anime series and manga in 2020? Let’s break down some of the best of all time, explain what they are, they’re gambling theme and what makes them so special to many an anime fan. There have been dozens of truly memorable storylines, but these are our best six. By the end of this, you will be the most knowledgeable Otaku of them all.

What is Gambling Anime?

First, let’s start with exactly what anime is. Sometimes known as “Japanimation,” anime is computer and hand-drawn animation that began in Japan. Often accentuated by its colorful graphics and eccentric characters, it began in the early 1900s and has evolved and adapted over the past century.

There is a subsect of Japanese anime known as a “manga,” which only means that it was based off of what was originally a comic book. Gambling anime follows anime characters with storylines are largely focused around, you guessed it, gambling. Anime is as easy to fall in love with as the rush of gambling. So, consider this fair warning. Once you start these shows (and we hope you do), you will likely become hooked!

Where is Gambling Anime Most Watched?

The top answer is obvious, because it’s the motherland of anime: Japan. But outside of Japan, some of the top countries which enjoy gambling anime are the United States, Australia and New Zealand. Netflix has a robust offering of anime, both with and without a gambling theme. According to Google trends, the top 10 countries that consume anime are: Japan, Philippines, Saudi Arabia, El Salvador, Peru, Indonesia, Chile, Malaysia, Mexico and Costa Rica.

Kakegurui is a relatively modern anime that has had a number of adaptations since its inception. It started as a manga in 2014 by author Homura Kawamoto and illustrator Toru Naomura, was introduced as an anime series in 2017 and later adapted as a live-action remake in 2018. There have been two seasons to date, the latter of which debuted in early 2019. Netflix has made it available.

Kakegurui (compulsive gambler) is a show about an elite university – Hyakkaou Private Academy -- that appears a normal school by day, but at night, has a hierarchy that is determined in large part by gambling and the status money provides. Win and you’re treated like a hero. Lose and you’re not worth the time of day. 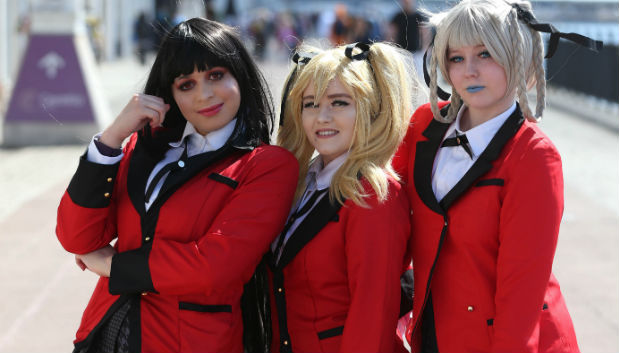 Everything is turned on its head when main character Yumeko Jabami, a transfer student, enters the fray. We quickly find out she is a compulsive and witty gambler. The cynical part of the show stems from the fact the essence of its message is those who learn to scheme their way to the top and manipulate others will be the most successful in life.

The show is rated R for slight nudity, profanity and violence.

CHECK OUT: Looking To Gamble Online In Pennsylvania? Here Are The Top PA Casinos & Bonus Offers

Akagi: Yami ni Oritatta Tensai, or “Akagi: The Genius Who Descended Into Darkness,” is nearly 30 years old since its debut in its original form but remains elite even in 2020. This Japanese manga was written and illustrated by Nobuyki Fukmoto, the same man who created Kaiji: Ultimate Survivor, and first published in 1991. There were two live action films adapted in 1995 and 1997, before two more were made in 2015 and 2017 as a live-action TV drama. The series went live in 2005 and ran 26 episodes from October 2005 through March 2006.

The story starts as main character Nango, a man in debt to the Yakuza, plays a game of mahjong to save his money and his life. Right when the situation seems most dire, protagonist Shigeru Akagi steps in helps Nango win and survive. Akagi disappears for the next six years but we reconnect with him as the series goes on.

Without giving away too much, this gambling anime goes through many twists and turns. There are a number of extremely intense games of mahjong in life-or-death scenarios, which is one reason the series was so popular and sold more than 12 million copies in Japan alone.

The show is rated 13+ for language and mature content.

If you’re not immediately sold by the name (and wouldn’t you?), you will be after one episode. Fumei Sai authored and Yasushi Hoshino illustrated this gambling manga series which debuted with its first season in 1997 and ran through early 2005. In its third year in 2000, the show won the Kodansha Manga Award in the shounen category as the best manga targeted to 12-to-18-year-old males. In the midst of its run, the show was adapted into a 20-episode television anime series.

The setting of this old-school anime takes place in 1947, not long after World War II when Japan was decimated, wages were terrible and seemingly the only way to make good money was to play mahjong.

Tetsuya is one of the best gamblers around, easily beating almost every opponent he comes across and pulling in plenty of money while nearly everyone around him struggles to make ends meet. That is until he comes across a man who doesn’t like to play by the rules and Tetsuya loses everything. This is the lesson he’s needed – there’s always more to learn. The series follows him as he rededicates himself to learning everything he can about mahjong.

Legendary Gambler Tetsuya is rated R for violence and profanity.

CHECK OUT: Learn About The Top Casino Games

Forget mahjong for a second – this gambling anime is next level. One Outs is a Japanese manga series written and illustrated by Shinobu Kaitani. The publication originally launched in 1998 and ran for eight years until 2006 but was repurposed as an anime in 2008. From October 2008 to March 2009, it ran as a 25-episode anime series. This gambling anime is focused around baseball – or a game extremely similar to it – in the streets of Okinawa.

Anime character Toua Tokuchi becomes a pitcher for the Saitama Lycaons, one of the worst teams in this simplified baseball league known as one outs. He was recruited by the star hitter, Hiromichi Kojima. Tokuchi soon realizes his team’s owner, Saikawa, doesn’t care at all about winning, only profit. He then comes up with the most unusual of contracts: He gets 5 million yen for every out he records but loses 50 million yen for every run he surrenders. He knows one bad game can ruin him, but a gambler himself, he loves the adrenaline rush.

Tokuchi is a star baseball player, but he’s an even better gambler. The question is, can he lead this lowly team, against all odds, to victory? This gambling anime is rated 13+.

Written and Illustrated by Nobuyki Fukmoto, who is also responsible for Akagi on this list, Kaiji is a Japanese manga written in 1996 and still running today. The Manga was made into an anime TV series from October 2007 to April 2008 and adopted as a live-action movie in 2009. That movie earned a sequel in 2011. In total, there have been 72 volumes.

This series, originally known as Tobaku Mokushiroku Kaiji – which translated means gambling apocalypse Kaiji – is aptly named. Kaiji doesn’t have much going for him, other than excessive drinking and stealing. As if things are going bad enough, he gets tricked into accepting an overwhelming amount of debt to the Yakuza.

He only sees one way out – joining an underground gambling ring on a cruise ship. We won’t spoil the rest, other than that Kaiji is playing for not only his pride, but his life. Kaiji is rated R for violence and profanity.

Think gambling for money is stressful? Trying gambling when your soul is on the line. Yuzuru Tachikawa created and directed this gambling anime film and series. It began as one episode but evolved into a 12-episode series ran from January-March in 2015.

This show is in a world where after death people are sent to a mysterious bar where the bartenders serve as arbiters of their fate. They participate in the Death Games – whether that’s air hockey, darts, poker, bowling or something else – to determine what happens to their soul. It is Decim, the bartender, who determines whether they are worthy, and their soul should be reincarnated or vanquished forever.

Death Parade is rated R for violence and profanity.

Whether you want shows about existential life questions, sports, elite schools or straight up gambling – our six best gambling animes have something for everybody and are sure to make an anime fan out of you.